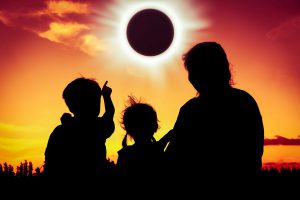 On Aug. 21, 2017, the solar system serves up a special treat. Aug. 21 is a Monday, but those Scouts and Venturers who are still on summer break should plan a big celebration. Like all the best celebrations, this one comes with its own patch.

There won’t be another total solar eclipse over the United States until 2024. After that, you must wait until 2045. In other words, when Aug. 21 arrives, make sure you’re ready.

WHAT CAN SCOUTS DO WITH THE ECLIPSE?

Plenty! There is a unique BSA 2017 Solar Eclipse patch that can be earned for your participation.

The requirements to earn the BSA 2017 Solar Eclipse patch are simple:

Your unit leader can buy the 2017 Solar Eclipse patch at your council service center.

What is a Solar Eclipse?

This celestial event is a solar eclipse in which the moon passes between the sun and Earth and blocks all or part of the sun for up to about three hours, from beginning to end, as viewed from a given location.  For this eclipse, the longest period when the moon completely blocks the sun from any given location along the path will be about two minutes and 40 seconds. 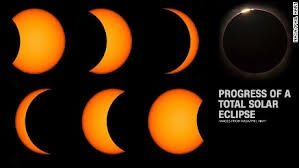 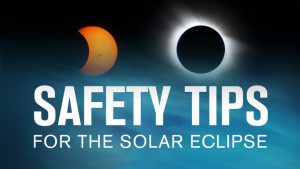 You never want to look directly at the sun without appropriate protection except during totality.  That could severely hurt your eyes.  However, there are many ways to safely view an eclipse of the sun including direct viewing – which requires some type of filtering device and indirect viewing where you project an image of the sun onto a screen. Both methods should produce clear images of the partial phase of an eclipse.  Click here for eclipse viewing techniques and safety.